‘The Borders, the Patriarchate and the Karst: A Journey through Istria and Friuli’  1- 9 October, 2022

The history of both Istria and Friuli is so rich and intricate that it is no wonder these two provinces command a special status within their own ‘mother countries’. For millennia, the peoples from all corners of Europe lived, traded and fought in this area. The original peoples of the Bronze-age Castellieri culture were conquered, with great difficulty, by the Romans in the 2nd century BC. The narrow passage between the Alps and the Adriatic has been a coveted trade route ever since.

The journey begins in Istria where all the layers of its incredible cultural and natural history are still visible – from the dinosaur footprints, amazing karst geology and castelli (hilltop fortifications) to Roman, Byzantine, Venetian and Habsburg monuments. The highlights are the great Roman amphitheatre in Pula (a Roman city built on 7 hills!) and the Byzantine Episcopal complex of the Euphrasian basilica in Poreč, a UNESCO World Heritage Site. However, Istria inevitably charms with small, off-the-beaten-track natural and cultural wonders, many of which will be incorporated in this journey.

Like Istria, Friuli also showcases a cultural and historical mix – Roman, Byzantine and Venetian juxtaposed with the spirit of the Habsburg “Mitteleuropa”. The patriarchy of Aquileia played a decisive role in the spread of Christianity into central Europe, and the journey will explore its three seats of power: Aquileia, Cividale del Friuli, and Udine. Picturesque Cividale, perched on karst cliffs above the river Natissone, was the first capital of the Lombard Kingdom in the 6th century and the seat of the Aquileian Patriarchy from the 8th until the 11th century. Its historical centre is a UNESCO World Heritage Site, charming visitors with buildings and sights from Lombard and Venetian eras.

Nearby is the town of Udine is the capital of the Friuli region and a small treasure trove of Venetian art and architecture. It is renowned for ‘the most beautiful Venetian piazza on the Terra Firma’, architecture by Palladio and frescoes by Tiepolo, decorating most notably the palazzo built by the last Patriarch of Aquileia in the 18th century. The Friuli landscape, from the eastern hills covered with vineyards to the white limestone peaks of the Carnic Alps in the north, is spectacularly beautiful.

This journey is open to the Alumni of Oxford and Cambridge Universities and their family and friends. Please note that Distant Horizons has sole responsibility for the operation of this tour. The participating University has no direct control over the operation of any tours. 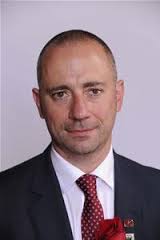 Dr Sarris read Modern History at Balliol College, Oxford (1989), after which he was elected to a Prize Fellowship at All Souls College, Oxford. He went to Cambridge as a University Lecturer and Fellow of Trinity College in 2000, His current research concentrates on relations between aristocrats, peasants and the state in the Roman Empire and Byzantium from the 4th to 11th centuries, the background to the rise of Islam, and resistance and hostility to the Church in early medieval society. He is especially interested in comparative approaches to pre-modern economic history and is currently writing a history of Western Eurasia from the 5th to 15th centuries. He has accompanied several previous journeys for the alumni to the region.

‘The Borders, the Patriarchate and the Karst: A Journey through Istria and Friuli’  1- 9 October, 2022. Trip Comments:

‘We enjoyed the trip immensely and appreciated the amount of planning that had gone into every detail of the trip.’

‘We enjoyed a wonderful variation of local specialities and of such a high standard.’

‘We were very impressed with the professionalism and dedication of Distant Horizons and their colleagues to give superb service with the personal touch that makes all the difference.’

‘We thoroughly enjoyed travelling to a region pretty much unknown to us with excellent planning and services.’