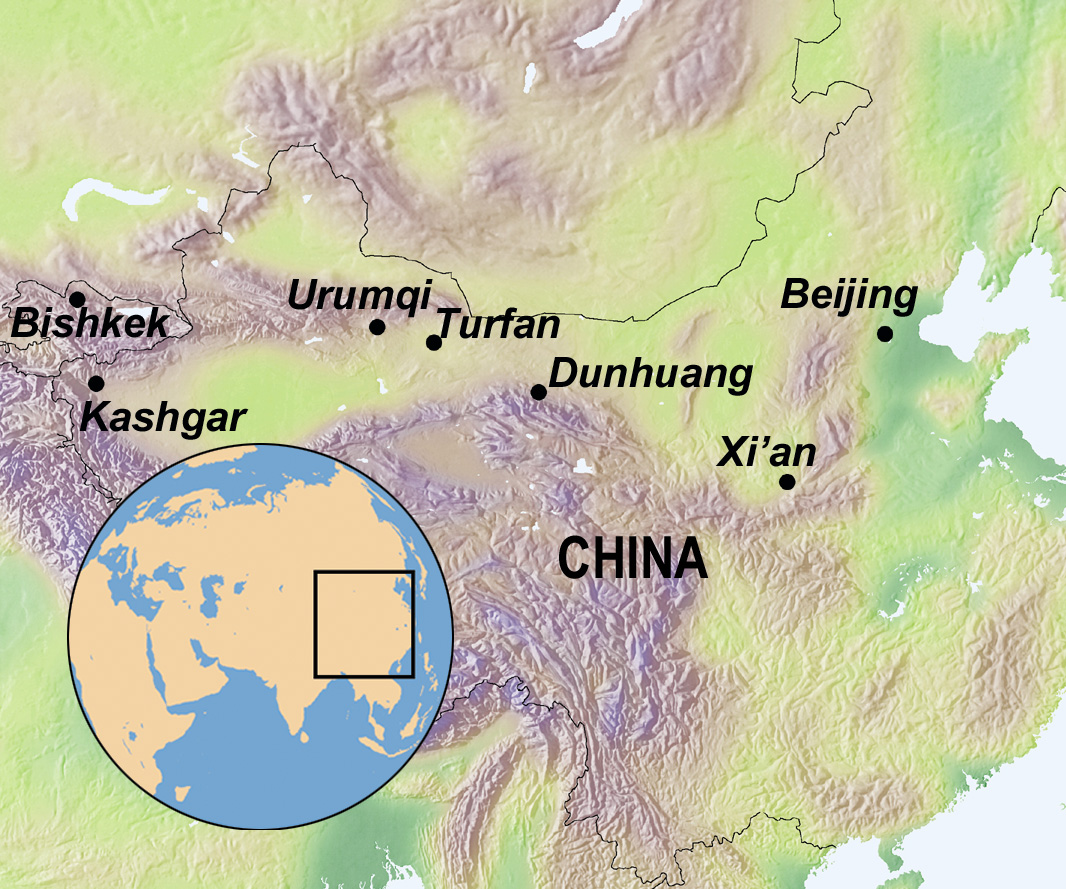 The Silk Road was not simply a highway for the trade of precious items, it was the main East West artery for the flow of ideas. Buddhist monks from India rubbed shoulders with Persian Manichean priests, and Zoroastrians whilst Nestorian Christians sought converts among the travellers and settlers of the roads. Advances in navigation first by the Arabs and later by the Europeans led to the decline in the land routes. The great sites and artistic treasures of the Silk Road were buried in the sands of the desert lost to generations of scholars and explorers. The dry sand however was a wonderful preservative for these great treasures. The special mix of salt and sand was especially effective at preserving human corpses – most notably the ‘Mummies of Urumqi’.

When the first archaeologists began working on the great sites of the Silk Road at the turn of the century, their discoveries were staggering. Manuscripts of an entire ancient Indo-European language, Tocharian, which shares some linguistic features with Celtic, a treasure trove of Buddhist sculptures and paintings and some of the earliest and most beautiful carpets and textiles were found.

Since the last great archaeological work in the 1930’s, great swathes of East Turkistan were closed to travellers and scholars by the Chinese government. But times have changed. With the gradual opening of routes across western China it is now possible, once again, to explore the lost cities, marvel at the great artistic achievements and discover the magic and beauty of these ancient routes. 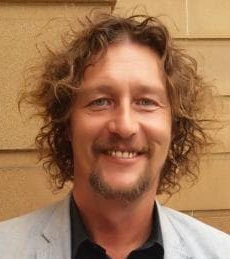 Dr Shearer has lectured and researched extensively on development and conflict archaeology. He is a Fellow of the Royal Asiatic Society and has worked with the London Metropolitan Police, Arts & Antiques Unit as their in-house expert on stolen cultural artefacts from the Middle East and Asia. He has also held positions at the Centre for Applied Archaeology at University College, London and was the Sackler Scholar at the British Museum. In addition to his scholastic experience and knowledge, Dr Shearer has travelled extensively in the region and has accompanied five journeys to for the Alumni of Oxford and Cambridge Universities.

‘Dr Iain Shearer was absolutely indispensable in enhancing our experience. His combination of impressive erudition with a light touch and a warm sense of humour created a most congenial atmosphere and established a context for our experiences that was deeply enriching.’

‘Despite the more arduous travel (in Kyrgyzstan) we wouldn’t have missed the Tien Shan Mountains, the nomads on their horses and yaks – all wonderful.’

‘An absolutely fascinating trip; everything went very smoothly. The food in China was very good and varied.’

‘It was an absolutely fantastic trip – eye-opening, inspirational and highly recommendable. Dr Shearer was excellent – incredibly passionate, full of humour and really made the experience memorable.’

‘Dr Shearer gave us impassioned overviews of the sites that clearly meant so much to him. The fact that this trip was perhaps life-changing owes much to his capacity to infuse life into the smallest bit of calligraphy as well as the most mesmerising dome.’

‘An amazing, full and rewarding journey. The excellent planning showed the variety of cultures, rich heritage and contrasting environments along this section of the Silk Road.’

‘It was a remarkable success. The overall planning and supervision were simply excellent. Well done!’